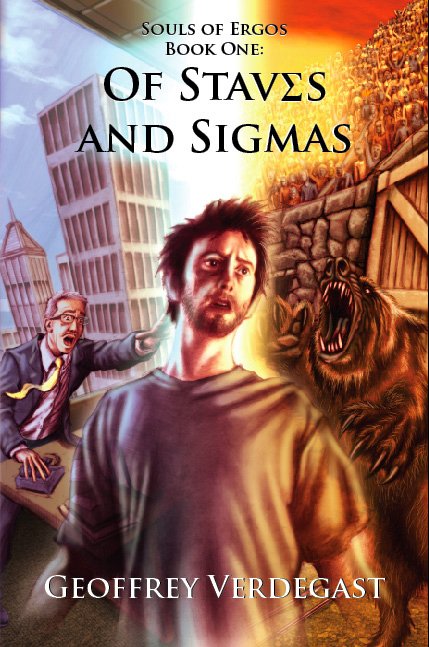 OF STAVES AND SIGMAS is a transworld phantasy tale that follows psychiatric patient James Wagner's mystically compelled break from contemporary earth to mediaevalesque Ergos, where through long and unremitting ordeal he is forced to consider the inconceivable: that his lifelong madness was less a psychological sickness than it was a visional prelude to the astonishingly palpable reality that has suddenly supplanted his earthly existence. Marooned on a backwater world of warring, of brutality and bondage and bloodshed, a world of multifarious creatures both human and bestial, it will take every bit of Wagner's courage, cunning, and perseverance to find his way, to find his freedom, and ultimately to find himself.